I officially leave Sunday for Dublin & I figured it'd be fun to create a list of a few things I plan on doing during my time there. Now I've already been to Ireland before so a lot of the popular choices for an Irish bucket list won't be on here, as I've already done them. Of course, I'll probably be doing them all again, but these are the activities I really want to make happen! Onto my top 10...

1. Giant's Causeway
Surprisingly we never made it to the Giant's Causeway on our road trip, so I'm definitely excited to see this landmass, which was a result of a volcanic eruption some 60 million years ago, located in Northeast Ireland. 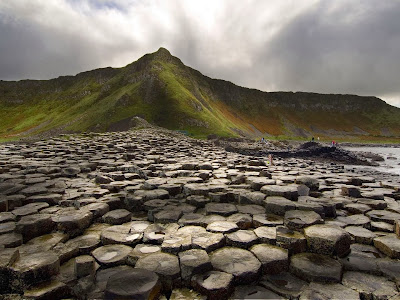 2. Belfast (Black Taxi Tour)
I think this can be considered a more thought provoking tour than most, which is exactly why I can't wait to take one. The tour is said to provide a better understand of politics & unrest in Belfast, a subject I'm greatly interested in! This tour needs to be on everyone's list if it isn't already. 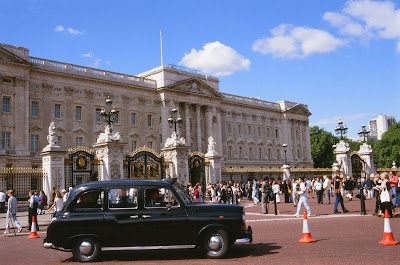 3. Surfing in Northern Ireland
I've always wanted to learn how to surf, so why not do it in Ireland? Some of the places I'm interested in going to include: Portrush, Sligo & Waterford, where the family I'll be au pairing for has a Summer home. 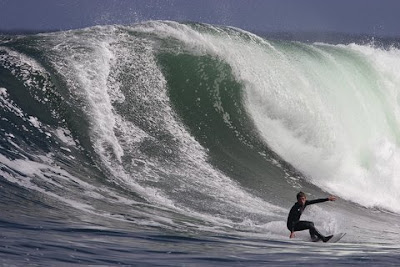 4. Trinity College
I've been to Dublin & never to Trinity College... I know, ridiculous right? I'm particularly excited to see these beautiful grounds as I'm seriously considering finishing my schooling in Ireland & this may be a contender! 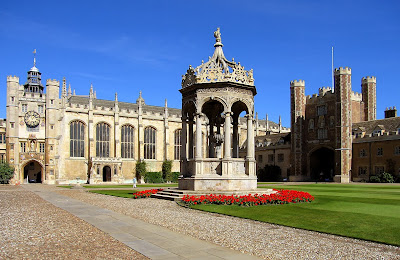 5. French classes (Alliance Française Dublin)
I took lessons in Paris at Alliance Française & really enjoyed the experience, so I'm for sure enrolling in Dublin! It'll be a great way to practice & not lose my French, as well as to meet new people... & also it'll be perfect because I have my evenings completely free. 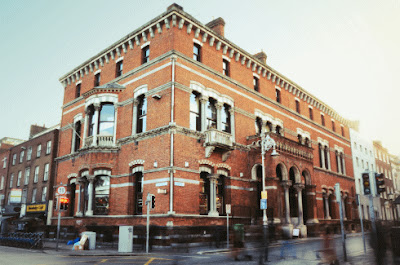 6. Makeup classes (Portobello Institute)
Anyone who knows me knows I have a slight obsession with makeup & would love to improve my SFX skills... Currently my favourite look to re-create is a zombie, naturally. Portobello Institute has night classes at quite a reasonable price & a great reputation. 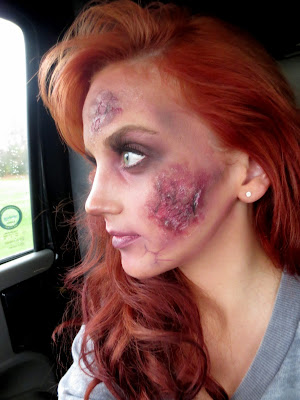 7. The Burren
One of the largest karst landscapes in Europe is of course on the list, located in Northwest County Clare. 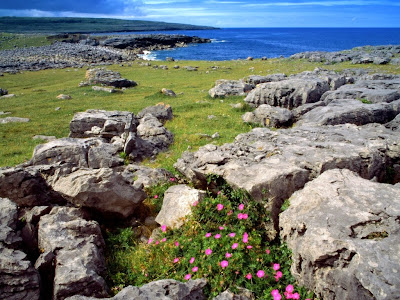 8. Old Midleton Distillery
What would my list be without an alcohol-based tour... Anything involving whiskey, count me in. While we were in Cork last time we didn't have time to complete this tour in Midleton, so can't wait this time 'round. 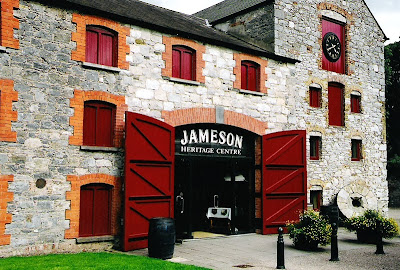 9. Rugby game
Any explanation needed? Beefy men playing rough on a field, count me in. 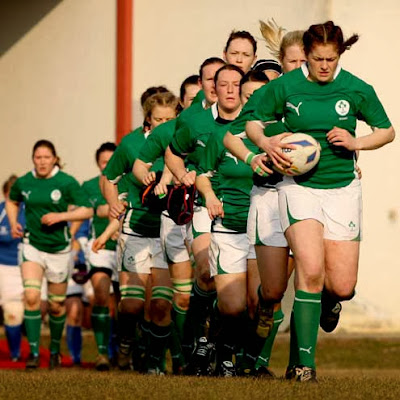 10. Galway Arts Festival
I've always loved the arts & make it my mission to involve it in all of my trips, wherever they might be. I play the saxophone & have a strong affliction for painting & pastel work, so I can't wait to hear & see the Irish music & arts scene. The Galway Arts Festival is one of the leading in the country, happening annually every early July. 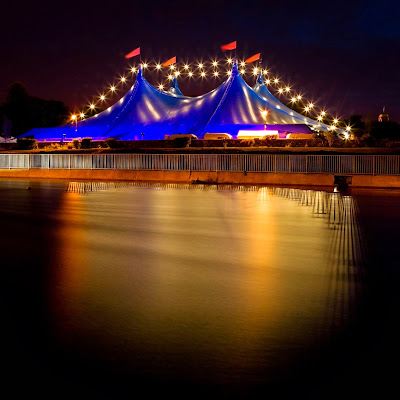 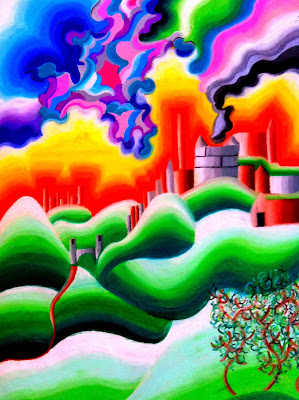 One of my own pastels, because I had to.

*BONUS 11. Meet Irish man, obtain citizenship
Is this really too much to ask?! I can dream right.

The Happiest Party of the Year... In Paris

The Gay Pride Parade (Marche des Fiertes LGBT) in Paris takes place in late June & attracts nearly a million visitors a year. Naturally, I jumped at the opportunity of going while I was there & I can easily say I have never partied as hard in my life as I did on that day/night. The crowds start gathering in the morning & the parade walk itself lasts about 3-4 hours, starting at the Montparnesse-Bienvenue metro stop & eventually finishing at Place de la Bastille. Of course, we did the entire walk. We finished with drinks 'till sunrise in the Marais district & damn, can I just say that never in my life have I met as many down to earth, incredible people as I did during the entire experience. 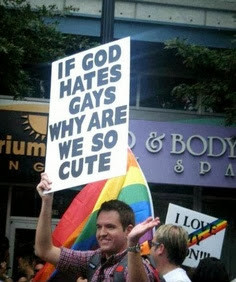 Straights, lesbians, gays, bisexuals, transexuals, you name it are there supporting the event & I have to say it's probably the best possible way to promote awareness to a cause, well, ever. Numerous clubs, hotels, pubs & restaurants hold events during Gay Pride, which typically lasts a couple weeks. If you are in the Paris area this upcoming June/early July I highly suggest taking a look at some of the promotions being held! Also, I have to say the walk itself is a great way of seeing Paris by foot, making it's way down Boulevard du Montparnasse, onto Boulevard St-Michel, Boulevard St-Germain & finally across the Seine at Pont de Sully. Some of my favourite photos from the day... (Unfortunately by night I was focusing more on the fun at hand than the photos!) 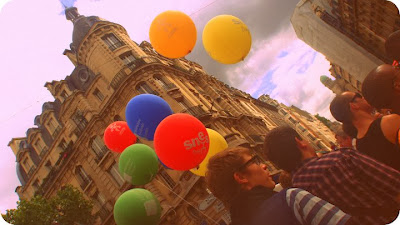 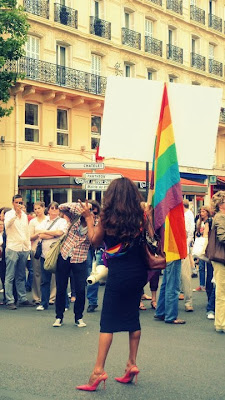 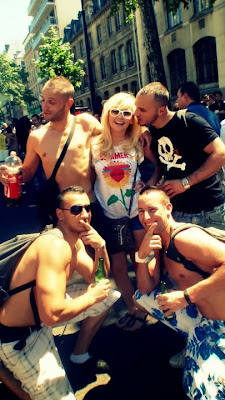 Can we just take a moment to enjoy the beauty of this photo? 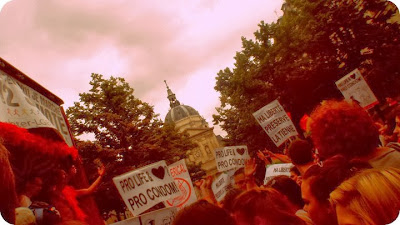 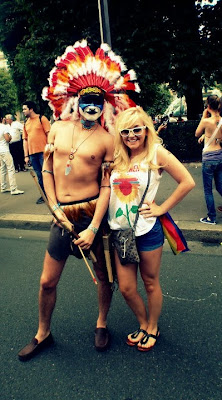 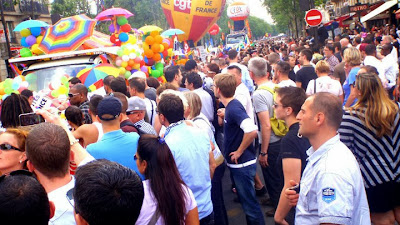 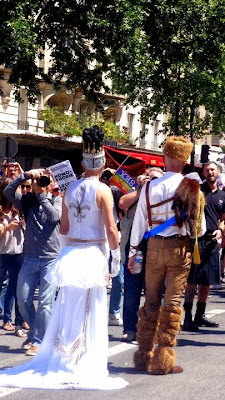 Same-sex marriage became legal in France as of May 2013 & is the 13th country worldwide to make the move. I have to say I'm very proud to be Canadian, it being the 4th country to legalize same-sex marriage in 2005 & the first country outside of Europe to do so! Currently, same-sex marriage is legal in 15 countries, with a law just being passed in the United Kingdom, expecting to be in full force come 2014... & finally, because I couldn't not add this photo to this post! 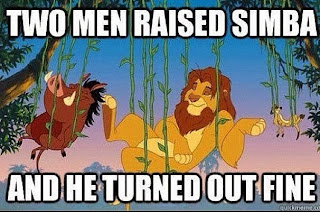 Have any of you been to a Gay Pride festival?! Or have plans on going to one? Maybe I'll do a post on Toronto's as well... I'd love to hear about other cities & if they're as inspiring as Paris! Also the official site is Gay Pride, though just a heads up this site is in French, easily translatable with a toolbar of some sort I'm sure.
xxx
Posted by Jacquie @ Must for Wanderlust at 7:25 PM 10 comments:
Email ThisBlogThis!Share to TwitterShare to FacebookShare to Pinterest
Labels: awareness, cause, festival, France, Gay Pride, LGBT, Marche des Fiertes, parade, Paris, party
Newer Posts Older Posts Home
Subscribe to: Posts (Atom)

Looking for something specific? Some of my latest adventures!